Happy Monday to you.

For some reason, I was incredibly productive this weekend. That’s highly out of character. In two days, I wrote, at least partially, eight blog posts, cooked four new recipes to share with you on Culinary Cousins, caught up with family, socialized, finished reading the book before book club, bonded with Oliver. While I am usually a marathon weekend sleeper, my eyes popped open by 9:30 a.m. every morning, and I fidgeted if I sat down. It was weird, but I feel very accomplished. And like it’s been 17 years since Friday. That’s how a weekend should be, I suppose. 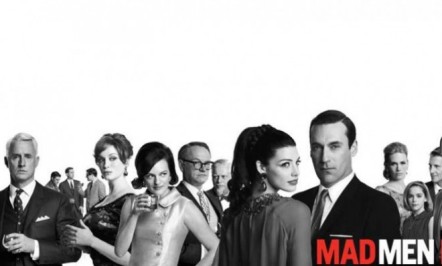 I’ve been reading all the comments Mad Men has been getting this season. To sum it up, y’all are mad. I’ve always recognized that MM is a slow burn, building from the beginning of the season into some explosive, cathartic storylines near the end. So, I’m being patient. But the crux is that everyone’s tired of Don being his brooding, depressed, drunk, womanizing self. They want some character development. While I see their point, that got me thinking in another direction.

One fascination with Mad Men is its depiction of the 1960s. It — along with other media, like Revolutionary Road — paints life as fairly bleak for some. Housewives were bored in the suburbs, trapped by the lives, partners and children society told them they should have but that they didn’t want, maybe never did. People with a race, religion or sexual preference outside the acceptable norm were shunned, punished or forced to hide it. But, is that really how it was? Or is that just our 21st century, dramatic spin on it? Hindsight is 20/20, and all that.

Every decade since sort of has a characteristic, maybe a stereotype, that we remember it by. People in the 1970s were too free; in the 1980s, too lavish; in the 1990s, too morose. Can we say yet how we’ll categorize the decade just past? Is it too soon? Are we still too close to it? It was a decade defined by terror, then war, social upheaval, natural disasters, political division — though all decades have been marked by some of those things.

I’m curious what TV shows in 50 years are going to say about us, and our lifestyle in this time. Can you imagine?

Have a good week, all.

One thought on “Monday Musings: On productivity and defining our times.”