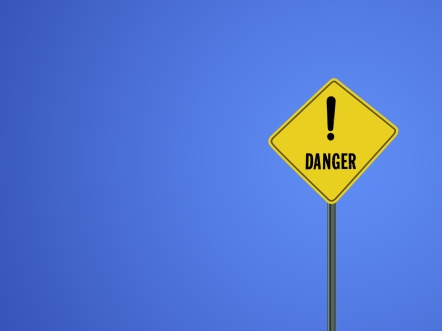 It all started at a festive Thanksgiving family gathering.

I mistakenly picked up another’s wine glass and went on my way. When I realized and tried to exchange, she confessed that she hadn’t been feeling well. No problem, I shrugged, what’s the worst that could happen?

Two days later, post Black Friday-induced sleep deprivation and early morning exposure to the elements, I was down for the count. That guest took out four others that night as well.

It’s been weeks, but I’m barely hanging on. I thought I was over the hill last weekend and on the road to recovery, but I woke Sunday with symptoms anew. A complete and total relapse.

All of that is mainly to say that I’m very sorry for my absence. I hope you all had a wonderful Thanksgiving, and have been enjoying your holidays and holiday prep so far. My shopping is done, my wrapping is nearly complete and I bought a tree. But said tree is still sitting in a bucket outside. Can’t win ’em all.

You know I love a hot toddy when I’m ailing, but my saving grace during this sick period has been a little thing called turkey soup. Let me take you back to Black Friday, the night following Thanksgiving. 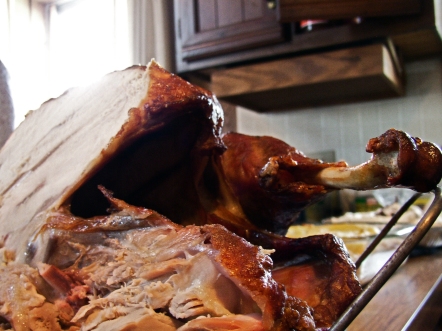 We’d fed a household three times already on leftovers, so my stepmother was consolidating what was left in the refrigerator. She pulled out a big, white trash bag and started to load the 20-lb turkey carcass, to be discarded in the trash. I blanched. We argued over the merits of such remnants until I convinced her to let me take it. I wasn’t thrilled about carrying it in a trash bag, but she assured me it was sterile(ish). I loaded that sucker in my car, drove home and deposited it in my largest pot — skin, bones, meaty legs and all.

Take this to heart: never, ever discard a chicken, turkey or similar poultry skeleton. Even if you think you’ve picked it clean, there is so much more it has left to give. Glorious stock, for one. And even more bits of meat. All of which you can turn into a rich, hearty soup that can cure what ails you when you need it. It’s sure been a lifesaver for me.

You may, like most people, be intimidated by making your own stock. Don’t! Put the turkey (or chicken) in a pot, cover it with water, add a roughly sectioned onion, a couple of garlic cloves, a bay leaf, several dashes of salt and a few grinds of pepper. Then simmer it, uncovered, over medium heat for about 90 minutes. If the water gets too low, you can add some more, but otherwise you just leave it be. After 90 minutes, use tongs to remove the bones. Set them aside and let them cool while you pour the stock through a strainer into a bowl. Cover that with plastic wrap and set it aside too. Now back to the bones. Discard any pieces of fat or bare bone. Pick through the remaining meat and save anything that looks lean — there will be more there than you could have imagined! Save the meat in another container.

Once you’ve done that, you could go ahead and make soup. But if you are watching your figure, put the cooled and covered stock in the refrigerator overnight. The fat will congeal on top, and you can scrape it off with a spoon. Then use the stock underneath. An icky step maybe, but necessary.

When you’re ready for soup, just saute onions, carrots, celery and garlic in a bit of olive oil until softened, about 10 minutes. Add any spices you like — oregano, parsley, rosemary, thyme. Add any other vegetables you enjoy — frozen peas, canned tomatoes, frozen or canned corn, for instance. Chop up any large pieces of turkey and combine with the vegetables. Pour in your stock and simmer for about 20 minutes on medium or low. That’s the thing about soup — make it your own.

If you’d like, add a small pasta like orzo. Just pour a handful into the soup during the last few minutes of cooking, according to the time on the package (about 8-10 minutes, probably) or cook it separately. If you’d like to add rice instead, just reserve a cup or two of stock before you add it to the soup. Pour 2 cups of stock, or 1 cup stock and 1 cup water, into a small saucepan. Bring it to a boil, then add 1 cup rice and a pinch of salt. Cover, reduce the heat to low and let it cook for 20 minutes. Perfect rice every time. You can add the cooked pasta or rice to the soup when it’s done, or keep them separate. Each time you serve, just scoop a bit of pasta/rice into a bowl and ladle the soup over it.

There’s something medicinal about soup when you’re sick — not just in the warmth and hydration of it, but actually something in the poultry bones that heals.

So, the lesson today, as we sit down to Christmas meals next week is this: do not throw away that turkey! Kidnap it and drive it home if you have to. It’ll be worth it, promise.

2 thoughts on “Down with the sickness.”